If you’re a musician, filmmaker or other kind of creative, you may have heard about certain restrictions of copyright being eliminated in regards to material that is pre-1972. Here’s the significance of this year for intellectual property law and what it means for you, the creator. 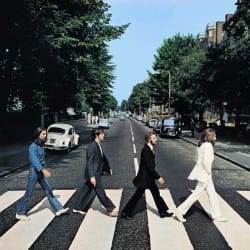 Even if you’re just a casual observer of copyright news (or a reader
of the 3 Count column here on Plagiarism Today), there’s a good chance
that you’ve been hearing more mentions about pre-1972 sound recordings.

There are several cases ongoing including, Grooveshark’s battle in New York State Court over its streaming of pre-1972 tracks, members of The Turtles filing a potential class action lawsuit against SiriusXM over such recordings and, finally, SoundExchange also suing SiriusXM, in part, over pre-1972 recordings, this alleging underpayment of royalties.

This has led many to wonder what the significance of pre-1972 sound
recordings is and why they are receiving such special attention in the
courts, in the legislature and even from the U.S. Copyright Office.

The answer is surprisingly complicated and to understand what exactly
is going on we have to go back in time, to before 1972, and understand a
little bit about how copyright law worked previously.

In understanding that, we can learn how a large number of very
significant works, were left behind even as copyright law moved forward
and are currently in a bizarre state of limbo.

The History of Pre-1972 Sound Recordings

The Copyright Act of 1909 had many differences between the current
law but one of the biggest was that Federal copyright protection was far
from automatic in a new work. Creators, before publication, had to meet
certain criteria, to ensure that a work had full protection.

This caused many pre-1972 works, including the film “Night of the Living Dead”, to slip into the public domain on accident.

Another change was to automatically apply copyright law to new types
of creative works so long as they met a minimum level of requisite
creativity and were fixed into a tangible medium of expression.

Prior to 1978, every time a new technology would be discovered that
wasn’t mentioned explicitly in the act itself, either Congress would
have to pass an act to include the new technology under federal
copyright law or, as was the case with software in the 1960s, the Copyright Office would have to make a determination as to how the law applied to it.