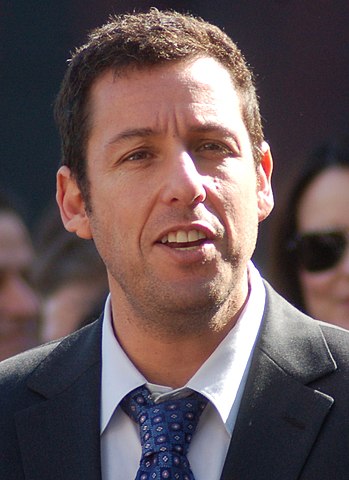 In Hollywood, an endless source of entertainment, Adam Sandler can’t seem to get his act together as he filed a copyright claim against the official trailer of his own movie, causing it to be removed. According to Cinemablend, the order issued had some issues with language and can be described as holistically vague.

Man, the Adam Sandler-starring Pixels just can’t get out of its own way. Not only did the classic video game-themed action-comedy fail to cause much of a stir at the box office when it was released last month, but Columbia Pictures recently filed a copyright infringement suit that resulted in the trailer for their own picture being taken down from Vimeo.
According to Geek.com, Entura International, an anti-piracy firm that deals with the logistics and execution of copyright suits for the holders, filed a Digital Millennium Copyright Act (DCMA) notice on behalf of Columbia. This was intended to target potential pirates of the film, which has been savaged by critics (ours, however, loved it) and generally ignored by audiences. That’s all well and good, piracy has become a big issue for Hollywood studios. Problems arose, however, because the motion filed was incredibly broad and targeted any video with the word Pixels in the title.
In order to maintain its good standing and protection under the DCMA, a site like Vimeo has to immediately comply with any such takedown notices, whether a video has been posted legitimately or not. Not only did this haphazard, wide-net approach lead to the Pixels trailers being removed, it also impacted other videos that simply happened to feature the word “Pixels” in the title. This includes the original short film by Patrick Jean that inspired the movie.
Not only were the videos impacted, including one produced by an NGO, but it can actually cause problems for Vimeo users, potentially screwing them over down the line. When a video gets taken down by a DCMA, legit or not, the users get a strike against their account, which can, as is usually the case when you accumulate strikes in one form or another, lead to their account being banned. The users can file a counter notice so that their contend can be restored and have the black mark on their permanent record removed. That’s what has happened in most of the cases, but it’s a huge pain in the ass, especially since it shouldn’t have happened at all.
Read more at: http://bit.ly/1facf8A

So What is Fair Use, Anyway? Registering Images by Photographers
Scroll to top
Free Consultation